Ballard is a Seattle neighborhood that is known for it’s rich history and historic landmarks, but don’t let it’s old charm fool you—it is also one of Seattle’s most hip neighborhoods, and you’ll see why!

Located in the northwestern part of Seattle, Washington, Ballard is home to the world famous Hiram M. Chittenden Locks (known 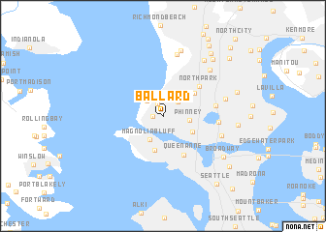 locally as the Ballard Locks), the Nordic Heritage Museum, the Shilshole Bay Marina, and Golden Gardens Park. Not only is Ballard home to some of Seattle’s most beautiful public parks, it’s night life and restaurants available has grown exponentially in the past few years.

Before the settling of Seattle, Ballard was home to the Shilshole tribe that lived off of the plentiful amount of salmon and clams in the region. Despite common knowledge—Ballard was once it’s own city! In 1900 Ballard was the second largest city in King County, with over 17,000 residents. In 1907, however, Seattle annexed Ballard because it was having trouble supplying its residents with water and other essentials. Have you ever been cruising around and happen to see a “Free Ballard!” bumper sticker on the back of someone’s car? Now you know why!

At the end of the 20th century—Ballard started to experience a real estate boom. By early 2007, nearly 20 major condominium/retail projects were under construction or had just been completed within a five-block radius of downtown Ballard. The new developments will add as many as 2500 new households to the neighborhood. A group known as “Sustainable Ballard” is working on a project known 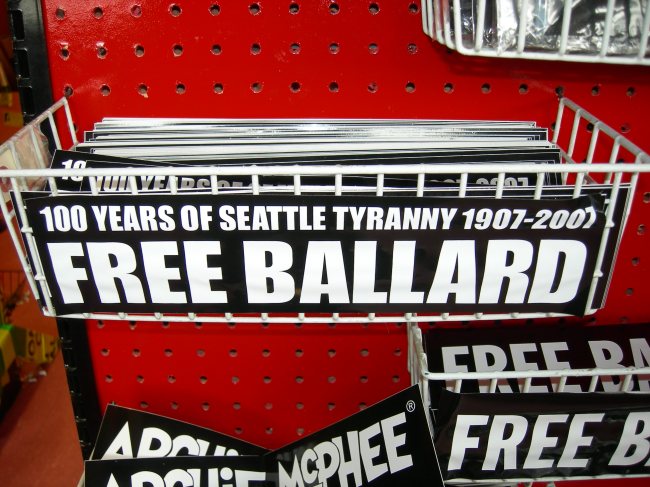 as “Undriving Ballard” with its goal to reduce the amount of traffic the Ballard neighborhood experiences. If their efforts go according to planned—they are hoping this will make Ballard the first “carbon neutral” neighborhood in the nation.

One of Ballard’s most frequently visited attractions is the Hiram M. Chittenden Locks, which were built in 1917. They were built to maintain the water level of Lake Washington and Lake Union and to prevent the mixing of seawater and fresh water from the Puget 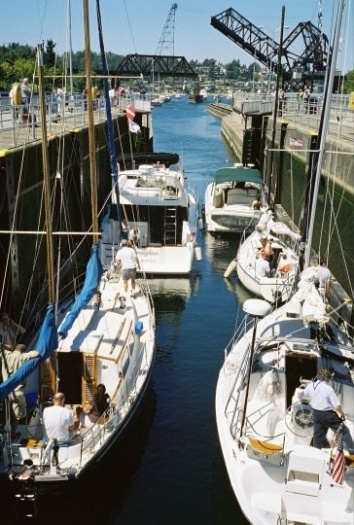 Sound. Engineering buffs can enjoy the well- orchestrated mechanics of it all and it is a fun place for people to enjoy seeing the different kinds of boats that pass through. Beneath the Locks, there is also a viewing glass where you can watch the salmon swimming upstream.

When the sun is out from hiding during the summer, Golden Gardens Park comes alive. It’s one of the only sandy beaches in Washington State and you can find places to play beach volleyball and BBQ pits to enjoy dining outdoors on the warm summer nights.

Every Sunday, the Ballard Market is open for business. Ballard Avenue closes down so that local businesses can sell produce and other homemade goods that change from week to week. If you’re looking for a good place to buy local produce and support local artists, then the Ballard Market is the place for you! Even if you aren’t looking to buy anything, it is a fun place to walk around on a Sunday afternoon with the family.

As someone who lives in Ballard myself, I can say with complete honesty that Ballard has some of the most unique restaurants and bars in the Seattle community. It is not uncommon for popular restaurants to have dishes with unique ingredients that I urge you to try!

-The Walrus and the Carpenter

While Ballard is starting to host a lot of younger residents, the majority of the people who live in Ballard are middle age to pre-middle- 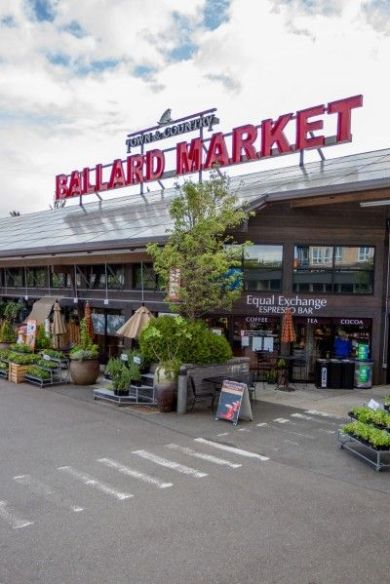 Unlike Greenlake, Ballard has a mixture of early risers and night owls. Because Ballard has many breakfast café’s and restaurants with brunch menus, there are always people up early strolling down Ballard Avenue and starting their days early. However, Ballard also has some of the trendiest bars in Seattle that people love to come and enjoy. Ballard is unique in the sense that, while it is still close to downtown, it is more isolated then some of the other local Seattle neighborhoods. It’s location is what allows Ballard to have it’s own personality which is what some of it’s residents love the most.